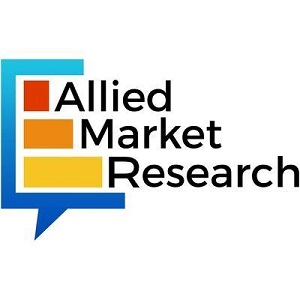 Sri Lanka has been facing one of its worst ever economic downturns. The seeds of current socio economic unrest were sown in the civil war spread over decades (~1980–2010). Moreover, the macroeconomic challenges of the country are closely linked to years of high fiscal deficits, low revenue collection, and erosion of export competitiveness due to weak investment climate.

The situation has been convoluted with rising debt liabilities, mismanaged government finances, and the lingering impact of the COVID-19 pandemic. Currency devaluation, decline in foreign currency reserves, fuel supply shortages, rise in inflation, series of nationwide lockdowns, and huge piles of foreign debt are some primary factors adversely impacting the nation’s economic growth. The country’s economic growth rose at a lower-than-expected 1.8% in Q4’21, taking the overall financial year growth rate to 3.7%, as per the Department of Census and Statistics.

Heading to the Crisis

The economic scenario in Sri Lanka started showing signs of trouble well before the COVID-19 pandemic outbreak, and the resulting nationwide lockdowns struck the informal sector hard. The country’s informal sector accounts for ~60% of the total workforce.

The country faces debt payment of USD 4 billion for the rest of the year, and the foreign exchange reserves fell by 70% over the past two years to around USD 2 billion, making it difficult for the government to pay for essential imports that include fuel and food. Critical shortfall in foreign currency left traders unable to source imports. The trade deficit is widening to USD 8.1 billion in 2021 from USD 6 billion in 2020, due to rising import bill, despite restrictions on non-essential imported goods. The account deficit reached USD 3.9 billion in 2021 amid decline in remittances and tourism receipts.1

Overall inflation rate for February 2022 was 17.5%, the highest since 2015.2 As per The Department of Census and Statistics data, the National Consumer Price Index (NCPI) for March 2022 stood at 21.5%, significantly higher from 17.5% in February 2022.3 Even locally produced essentials have become economically unaffordable for many Sri Lankans. The price of white rice, which is staple food in the country, increased by 93% since 2019. Items such as lentils and chicken have increased by at least 117% and 55%, respectively, since 2019.

The fiscal deficit is projected to stay put at 11.1% of GDP in 2021, while public and publicly guaranteed debt to have increased to 117% of GDP. Credit rating agencies such as Fitch, Moody’s, and S&P slashed the sovereign rating deeper into the substantial risk investment category.

In April 2021, the Sri Lankan government banned import of chemical fertilizers and other agrochemicals to promote organic-only agriculture policy. This turned out to be a boomerang with lower agriculture yield and high food inflation. Ships are turning to Indian ports because of the economic and political uncertainties in Sri Lanka and congestion at Colombo port. Around 5-10% of the regular vessel traffic from Colombo was diverted to various ports in India in March’22. Ports in Thoothukudi, Mundra, Ennore, and Chennai benefitted the most. Colombo port is at a standstill and there is a shortage of trailers, so cargo and containers are not being evacuated from the port. There is a fear of drop in overall goods and services exports in the range from 20% to 30%, on account of multiple challenges viz. power cuts and high freight charges.4

The tropical island is overly dependent on tourism as key source of foreign exchanges, which was badly hit by the COVID-19 pandemic outbreak. Remittances from Sri Lankan nationals working overseas also decreased sharply.

This crisis has pushed Sri Lanka’s free healthcare system to brink. According to the International Trade Administration, 85% of the country’s pharmaceuticals are imported. Electricity shortages mean healthcare professionals are forced to diagnose and treat their patients’ using flashlights. Shipments of other medical equipment such as anesthetics, catheters, and sanitary gloves are also running very low. Sri Lanka’s import dependent healthcare industry is worse hit due to weakened currency.

The country’s IT body, Sri Lanka Association for Software and Services Companies (SLASSCOM), published a report in 2021. This report stated that the IT-BPM industry generated USD 345 million, and had more than 80 companies operating across different service lines. However, if the condition worsens, further disruption in supply chain would contribute to a shortage in engineering and IT skills on the global level, and will add the fuel wage inflation in India.

Sri Lanka is one of the largest tea producers in the world. Due to chemical fertilizer import ban, the production cost increased threefold. So, it is challenging for the industry to match up with last year’s export revenue (~ USD 1.2 billion).

Apparel arena is the second largest forex earner for Sri Lankans. The arena had just recovered post-COVID, with earnings from exports increasing by 22.1% to USD 514 Million in January’22 as compared to the previous year. However, exporters that typically accept orders at fixed price are at limited capacity to effectively deal with the rising costs.

Several news outlets continue to report the dire situation of extreme prices, lack of basic grains, and a probable call that speculates that Sri Lanka may see more deaths due to this crisis than the pandemic itself. 400 grams of milk powder would cost Rs. 790 or to purchase one kg of rice, people there would have to shell out 500 Sri Lankan rupees.5

Light at the End of the Tunnel?

To tackle the situation, President Gotabaya Rajapaksa has appointed the National Economic Council under his leadership. The council is made of selected cabinet ministers and key bureaucrats such as the Secretary to the Ministry of Finance and the Governor of Central Bank. An advisory group was formed to advise this Council. This advisory group is drawn up mainly from the leading businessmen in the country.

The government has organized external financing from bilateral allies, including a financial assistance package from India worth USD 1.4 billion in January 2022 to pay for essential imports and boost foreign exchange liquidity. A further USD 1 billion support from India was signed in the month of March 2022.

With all the above measures in place, one can hope for return of the long term economic stability.

Few specific areas to pitch in are :