SYDNEY, NEW SOUTH WALES, AUSTRALIA, February 27, 2020,– Sergei Eremenko, an Australian-Ukrainian scientist and author of three books, graduate of the National Aerospace University “Kharkiv Aviation Institute”, Ph.D., Doctor of Engineering, formerly one of the youngest professors in the world holding both an academic title and a position of a Professor, has been awarded the academic title of ‘Honorary Professor’.

EARLY LIFE
Sergei Eremenko graduated in 1986 with a degree in Applied Mathematics from the National Aerospace University, Kharkiv Aviation Institute in Ukraine. Upon being admitted to post-graduate Ph.D. study, he started working on engineering, military, and space projects with S.P. Korolev Rocket and Space Corporation Energia, Machine-Building Plant “Yuzhmash”, Kamov Helicopter Plant, Nikolaev Ship Building Plant, NPO “Turboatom”, and a few atomic power stations and heating systems plants. He developed computational models and software packages for the calculation of static and dynamic stress and thermal fields in engineering and space constructions based on variations, invented by him, of finite element methods – structural finite element and equilibrium boundary element methods.

A PHD AT 24
This fundamental and applied research led to a Ph.D. in Mechanical Engineering in 1988. Sergei started publishing his papers in major journals such as Mechanics of Composite Materials, Applied Mechanics, Applied Mathematics and Mechanics, all of which were later translated into English.

TWO BOOKS AT 27 AND 28
By this age, Sergei had authored two books. Remarkably, his first book “Finite Element Methods in Solid Mechanics” (”Методы конечных элементов в механике деформируемых тел”, https://books.google.com.au/books?id=dyTLDwAAQBA) written at the age of 27, has been widely used for almost 30 years as a text book, referenced in hundreds of (Russian) Google searches, scientific papers and dissertations. The book is included in many libraries in countries including Ukraine, Russia, Belarus, Kazakhstan, Armenia and in foreign libraries including the United States, Germany and the Netherlands.

His second Book “Natural Vibrations and Dynamics of Composite Materials and Constructions” (in Russian)
https://books.google.com.au/books?id=a9jMDwAAQBAJ was dedicated to the complex problems of vibrations of rocket composite materials.

DOCTOR OF ENGINEERING AT 29, PROFESSOR AT 31
Continuing with passion and drive, Sergei defended his second thesis in mathematical simulation and mechanical engineering at 29, in the first year of post-doctoral study. After receiving his formal diploma of the academic title of professor in 1995 from the Ministry of Education of Ukraine, he was offered the position of Professor at Kharkiv National University of Construction and Architecture where he taught for many years.
Sergei held both the formal academic title and position of a University professor. Also, Sergei received the honour of becoming a Leading Research Fellow at the Institute for Problems in Machinery of the National Academy of Sciences of Ukraine.

SERGEI EREMENKO AND HIS TEACHER
In 1984, Sergei met his teacher and co-author Academician V.L. Rvachev who became the mentor of his second doctoral thesis. The famous Ukrainian Academician and mentor of 70 PhD and 25 professors, V.L. Rvachev became ‘the lifetime inspiration’ for Sergei, who dedicated many of his papers to his teacher’s memory, including a special memorial tribute article https://www.researchgate.net/publication/322818484.

MIGRATION TO AUSTRALIA
In 1997, Sergei and his family migrated to Sydney, Australia. Sergei opened a new chapter in his life by launching his career by establishing company Soliton Scientific and consulting in Science and Technology, IT, Data Science, Artificial Intelligence and Machine Learning. For more than 20 years Sergei has been offering his expertise to international giants such as Hewlett-Packard, Fujitsu, Fuji Xerox and major Australian companies including ANZ Bank, ABC, Towers, Challenger, TABCORP, and HCF Insurance.
His love for fundamental science continues as an independent researcher. His field of research has expanded to the observations and theory of solitons, nonlinear solitonic models and trading robots for financial markets, models of spacetime and matter quantization based on AString atomic functions, and atomic machine learning published in a few papers and a new book (https://www.researchgate.net/profile/Sergei_Eremenko).
His current applied research revolves around the popular domains of Artificial Intelligence and Machine Learning. After receiving his Machine Learning certifications from Stanford and Microsoft, Sergei is passionate about building smart Machine Learning models for financial markets, insurance and health, potentially benefiting millions of people around the world. Dedicated to sharing his knowledge, Sergei has lectured in Machine Learning at The University of Technology of Sydney and at HCF Insurance. 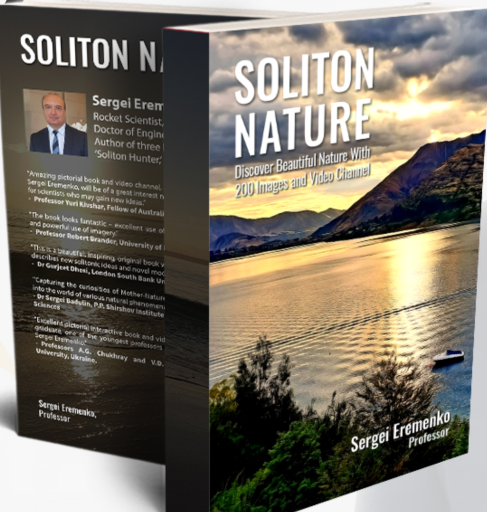 KEEPING CONNECTIONS WITH HIS UNIVERSITY
Being in Australia, Sergei has been keeping up his connections with his alma-mater – the National Aerospace University, providing his memorabilia to the University Anniversary Book ‘Times and People’ where Sergei is mentioned as a famous university graduate (https://k304.khai.edu/pub/2018/02/history2018.pdf).

HONORARY PROFESSOR
In 2019, Sergei was invited to do a scientific presentation to the open seminar of the Department of Informatics at the National Aerospace University, which recommended Sergei be honoured with an honorary title.
By anonymous voting, on the University Scientific Council on 20-Feb-2020, Sergei was awarded the academic title of ‘Honorary Professor’ of the National Aerospace University ‘Kharkiv Aviation Institute’ (https://www.researchgate.net/publication/339499501).

Best Weight Loss Smoothies You Might Not Know Of!

5 Ways to Support Your Immune System