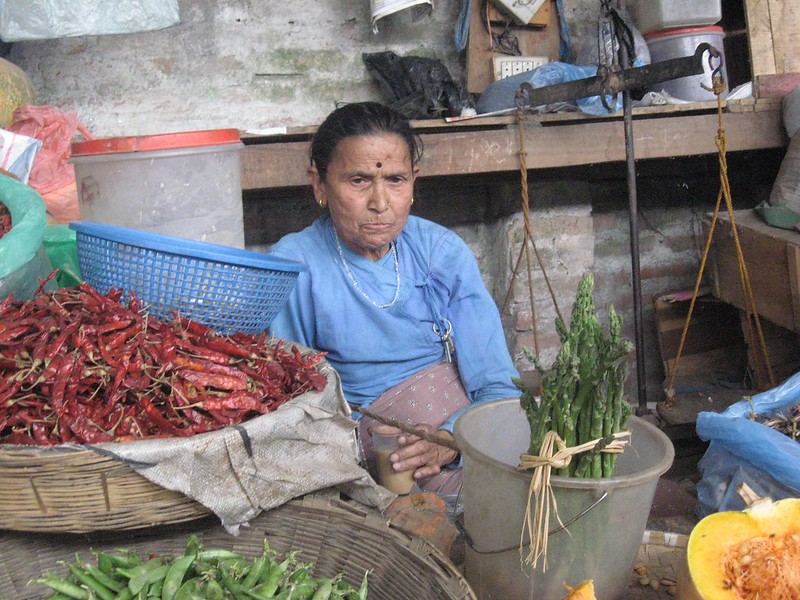 The Asian Population and Development Association (APDA) is concerned by the societal socio-economic impact COVID-19 has created in the region, including the impact on employment and in unpaid care work, impact on health, including reproductive health services, and the impact of domestic violence during lockdowns. Credit: Bhuwan Sharma/IPS

JOHANNESBURG, South Africa, Sep 17 2020 (IPS) – The negative impact of the coronavirus pandemic is likely to be felt long after the COVID-19 health risk is resolved, a high-level meeting under the auspices of the Asian Population and Development Association (APDA), heard.

Parliamentarians and civil society met today, Sept. 17, to discuss policy changes in Asia and the Pacific Region during COVID-19. They also reflected on policy changes since the Nairobi Summit on International Conference on Population Development (ICPD25) last year. This was the second-high level meeting held to discuss the ICPD25 conference this week. Earlier the Arab region met to discuss their Nairobi commitments.

Yoko Kamikawa, chair of the Japan Parliamentarians Federation for Population, in a recorded speech noted the pandemic had affected many people, expanding inequality. “Disparity may widen,” she said, and as a result, society may become more divided.

“We are very much concerned how much societal socio-economic impact COVID-19 has created, including the impact on employment and in unpaid care work, impact on health, including reproductive health services, and the impact of domestic violence during lockdowns.”

Davide De Beni, Health Economist for United Nations Population Fund’s Asia Pacific Regional Office, painted a bleak picture for the Asia region with only East Asia being the exception. This is largely because of China, which is expected to grow at 1.8 per cent this year.

However, the overall contraction of 0.7 per cent for the region this year hid the state of some countries like the Maldives and Thailand. Both these countries were less affected by the pandemic than by the international economic fallout.

The Maldives, which is dependent on tourism, saw its economy contract by 20.5 per cent and Thailand by 8 per cent. These figures, taken from the Asian Development Bank report from this week, “showed the path to recovery remained precarious and nobody knows what to expect,” De Beni said.

De Beni said government action taken was unprecedented and ranged from fiscal policies to mitigate tax relief and sector-specific support with central banks cutting rates. However, the “scale, the scope and the duration (of these measures) are often limited and also provide a limited stimulus to the economy”.

He warned that the social, economic and health dimension of the crisis and social protection is likely to become even more relevant in the emergent phase and the recovery phase of this crisis.

There were projections that in 2020 maternal mortality ratios could increase by between 17 and 43 per cent – and from data collected in both Bangladesh and Myanmar, these projections are in line with the reality.

Family planning too was problematic with the unmet need for effective family planning expected to spike from between 21 to 40 per cent.

This could amount to a human rights crisis – with mental health issues, gender-based violence, and other harmful practices exacerbated.

Rose Hadley, the consultant, and expert concentrated on the ICPD program of action looking at Sri Lanka and Lao and acknowledged that while things had changed significantly since the Nairobi summit, both countries had made commitments following the summit.

Sri Lanka had created strong policy statements for women and youth, even to the point of targeting certain occupations where women were particularly vulnerable.

Hadley said that education and the primary health care system were both keys to finding resolutions to these challenges.

While she was not an expert on mental health – she believed it was time for the revival of the primary health care system. Primary health facilities could scene for mental health, help address gender-based violence and basic sexual reproductive health and rights.

Sri Lanka had during the COVID-19 period expanded a national hotline for women to a 24-hour service. This was critical for a lot of families stuck at home during lockdowns and where they were unable to go out or access services easily.

Meirinda Sebayang, chair of civil society organization Jaringan Indonesia Positive, said COVID-19 meant that in her country maternal mortality was expected to rise as 28 percent of the health centers were not fully functioning. This also meant unmet needs for families.

One organization tracked the statistics during the pandemic and found that there were a high number of gender-based violence cases, One survey also showed that 96 percent of respondents reported that the burden of household work was increasing. Many respondents cited a rise in household expenditure was creating stress.

Sebayang’s organisation surveyed about 1,000 respondents. The results indicated that people living with HIV in Indonesia were finding it challenging to access their medication.

Limited mobility during lockdowns meant an increase in sexual and gender-based violence at home and these might have “contributed to the unwanted pregnancies and also for unsafe abortions”.

Sebayang said it was essential to create protocols to deal with a pandemic. While civil society could reduce the impact of the disease, it required working together with government and service providers.

She pointed to several successes, like the use of smartphones for the treatment of tuberculosis patients.

“So, I think there are many, many things that we can do. We have to become more innovative and also have to have strong collaborations with the service providers, the government and also other civil society organisations and try to be inclusive … to find a way to win over this enemy.”

Dr Osamu Kusumoto, Executive Director/Secretary-General of APDA, reminded the delegates that there was an advantage now.

“About 100 years ago (during the Spanish flu epidemic), there were no measures, but now we can discuss countermeasures.  We should think about work together,” he said, closing the meeting.

Meanwhile, earlier in this week, Arab parliamentarians met to discuss the Nairobi commitments. While there had been a strong representation of the region at the summit, a report indicated some concern about the regions’ lack of commitment to several important challenges including maternal deaths among adolescent girls; unintended pregnancies; research and knowledge generation; capacity development of health providers and strengthening health care.

There was a call for youth-related commitments in the countries to be scaled up, especially support for youth associations and networks.

There was also a call for the countries to take more decisive action on female gender mutilation, child marriage, gender-based violence services and the elimination of all forms of discrimination against all women and girls.

In addition, more women and youth were in positions of leadership.

Palestine, likewise, outlined key priorities including the adoption of it’s Family Protection Law, raise the marriageable age and the adoption of a cross-sectoral approach towards sexual and reproductive health and rights.

Advance America: 4 Reasons Why Payday Loans Are Easy to Get